Create a team to be in charge of architecting, building, and running a single, consistent,and stable cloud native platform for use by the entire organization so that developers canfocus on building applications instead of configuring infrastructure 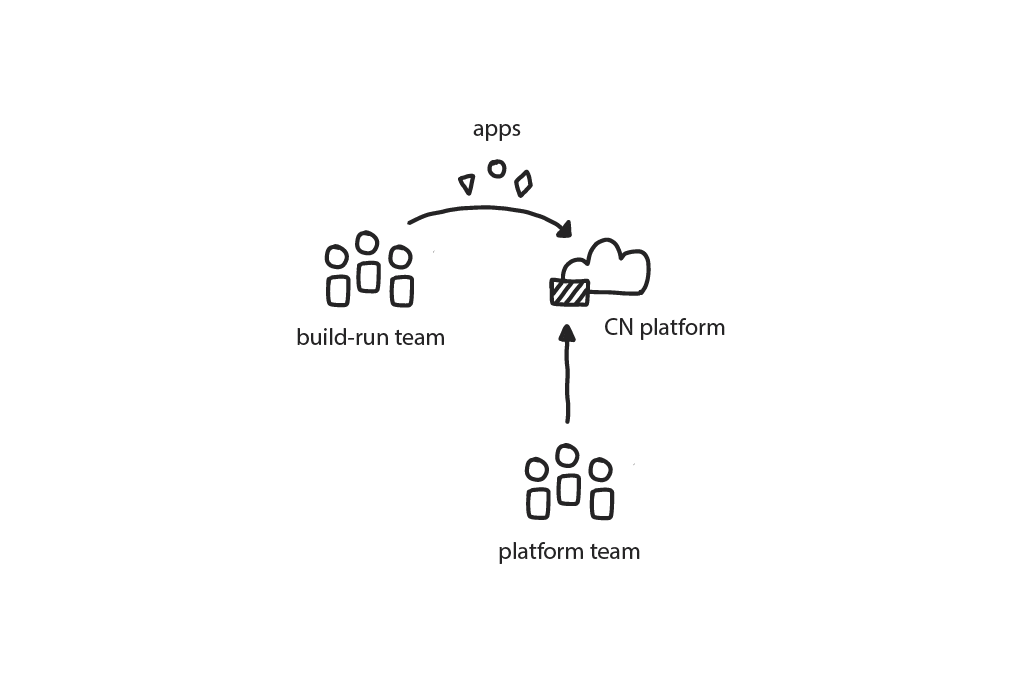 An enterprise is moving to the cloud and adopting microservices architecture. Many teams are building many different services, and they need extra tools to create the infrastructure to run their pieces of the application.

If there is no single team in charge of creating an official cloud native production platform for the transformation, each team responsible for different microservices will have to build its own platform.This duplicates effort, wastes time, and—most critically—sows conflict when it comes time to deploy. Because each service was built using a different approach on a bespoke platform, they will have conflicting needs and be difficult, if not impossible,to run all on one unified platform. Ops is stuck trying to come up with some kind of Frankenstein solution, but it’s unlikely they will be able to make it work.

The Platform Team will handle the platform itself—everything between the cloud and the apps (or, to put this in terms of the current technological landscape,Kubernetes and below)—while developers are responsible only for building the applications themselves (again, in the current tech landscape, Kubernetes andabove).

Developers are able to focus on building individual application services, features,and functionality while the Platform Team takes care of running the platform itself. Developers are allowed to introduce custom tools but they will have to support them as part of their own application unless the tools are proven stable and/or requested by other development teams.