Once Exploratory Experiments and PoCs have uncovered a probable path to success, build a simple version of a basic but fully functional and production-ready platform with one to three small applications running on it in production. 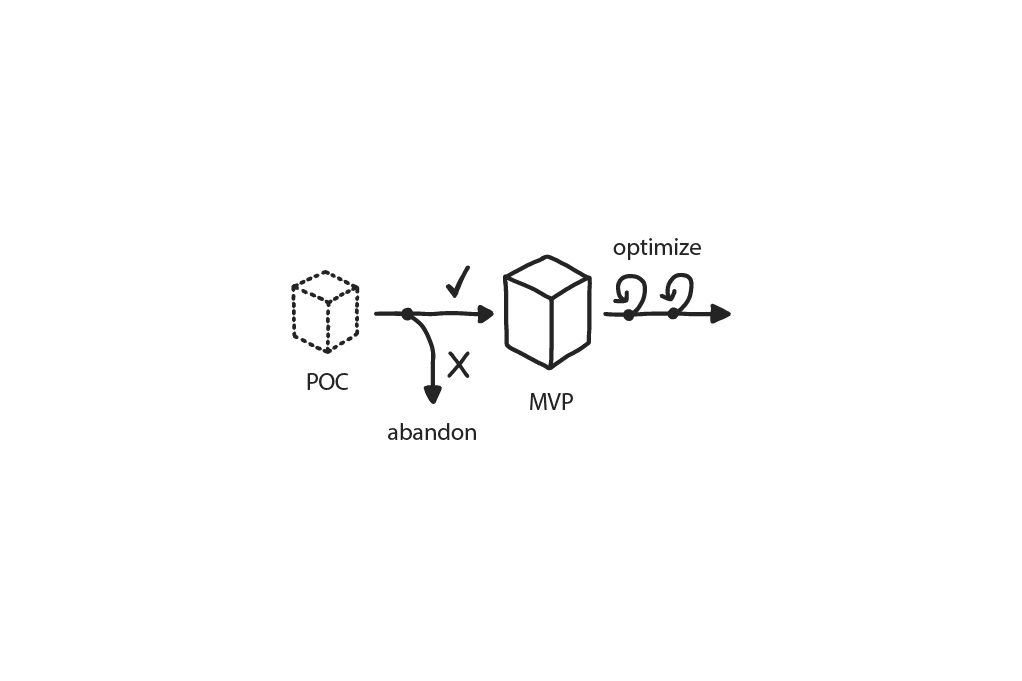 The goal is clear, the tech is available, and knowledge is present, and all major questions are answered by a series of PoCs. Now is the time to build a real platform. Development teams are on hold and waiting for the new platform to start building new applications and refactoring old ones.

Trying to add too many functions to the first release will make it very protracted and delay any release to production. In the traditional Waterfall approach a new platform will be used in production only if it’s fully finished and everything is ready. Building a fully featured cloud native platform may take up to three years, but since cloud native components work independently, the platform can be running apps in production even before it’s completely built out. Not using the platform or any of its features until it is 100% complete would be a lost opportunity.

Define and build a system with minimal useful—and production-ready—functionality on a quick timeline. It’s important to release something quickly in order to start getting real feedback so you can then improve things based on that user response.

The first MVP of the platform is ready and can be used by a small number of development teams to deliver a few apps to production. The Platform Team has a plan to expand the scale and functionality of the platform as it continues rolling it out to the rest of the organization.