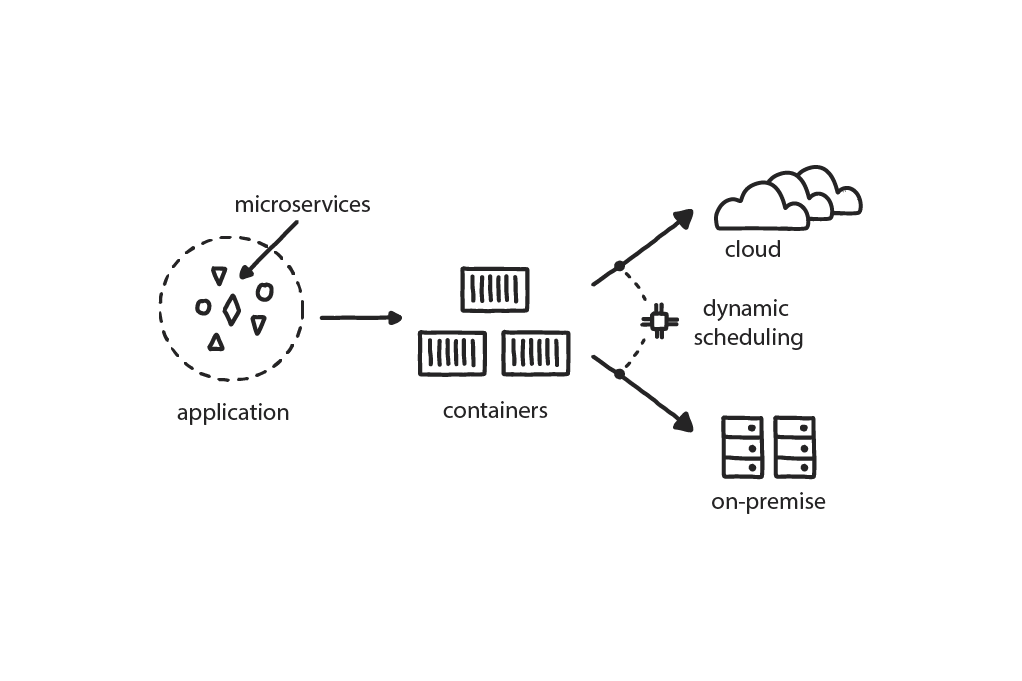 An application has dozens of independent microservices, and the development teams want to deploy each of them multiple times a day on a variety of private and public cloud platforms.

The traditional hardware approach assumes “This app runs on this server”—which is not practical in a distributed system running on the cloud. Attaching specific microservices to specific pieces of hardware significantly compromises the stability and resilience of the system and leads to poor use of the hardware. Everytime you want to improve something you need someone to understand how it is all related, so they can safely make the change.The market demands that companies deliver value to clients very quickly, in a matter of hours or even minutes. However, the traditional deployment of applications to specified static servers using manual or semi-automatic procedures cannot support the growing demands of the development teams to deploy each component separately on multiple environments once, or even more times, perday.

All application scheduling needs to be done using an orchestration system in a fully automatic way.Dynamic schedulers function as container management, in the form of a platform for automating deployment, scaling, and operations of application containers across clusters of hosts. This helps to achieve much more efficient hardware use as the scheduler understands the latest state of the system and can squeeze many components to the same piece of hardware. It also helps to achieve much higher resilience by adding health checks and elements of self-healing and abstracts away the target hardware to simplify the development.

Developers build distributed systems and define how components will run and communicate with one another once they are deployed.