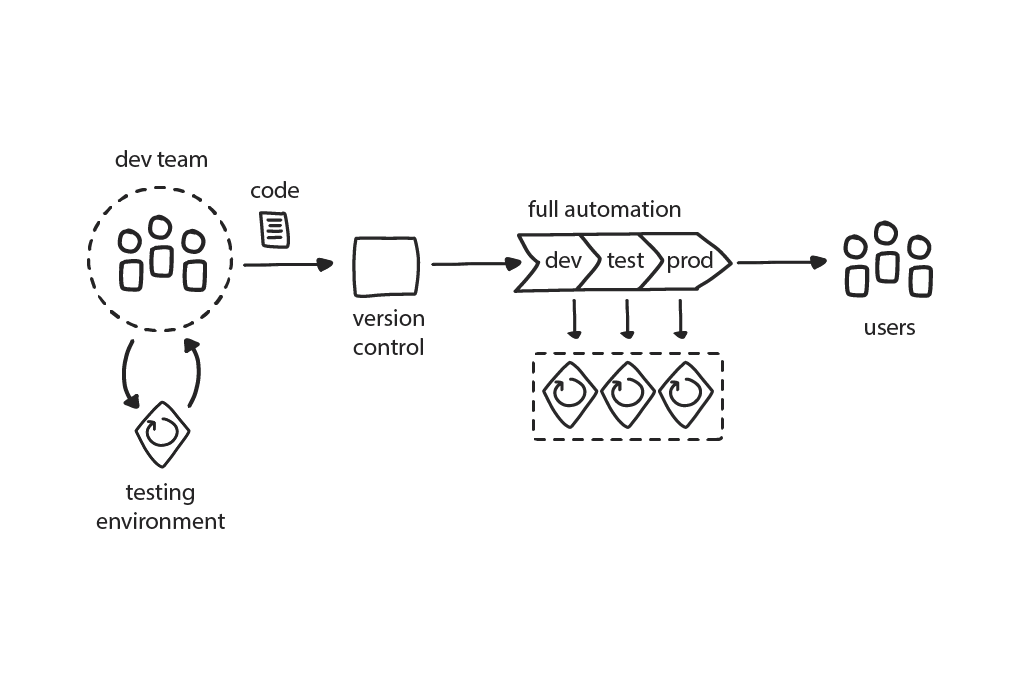 Shared environments and databases are difficult to keep in good shape and create dependencies that lead to delays.When developers can’t create their own test environments, they may avoid running proper tests before submitting the code or run them on shared environments that may affect the work of their teammates. This affects other developers by making interpretation more difficult.

Differences between development environments and the eventual production environment may lead to the introduction of bugs that happen only in production and are related to those differences.In all of these scenarios, product quality and developer productivity suffer.

Establish a fully automated and fast process to create development environments where devs can test-run their apps. Each developer should be able to have their own environment, or multiple environments, that resemble the eventual production environment.

Each developer can run tests on their own without delays or disturbing the rest of the team.