Pattern: No Long Tests in CI/CD 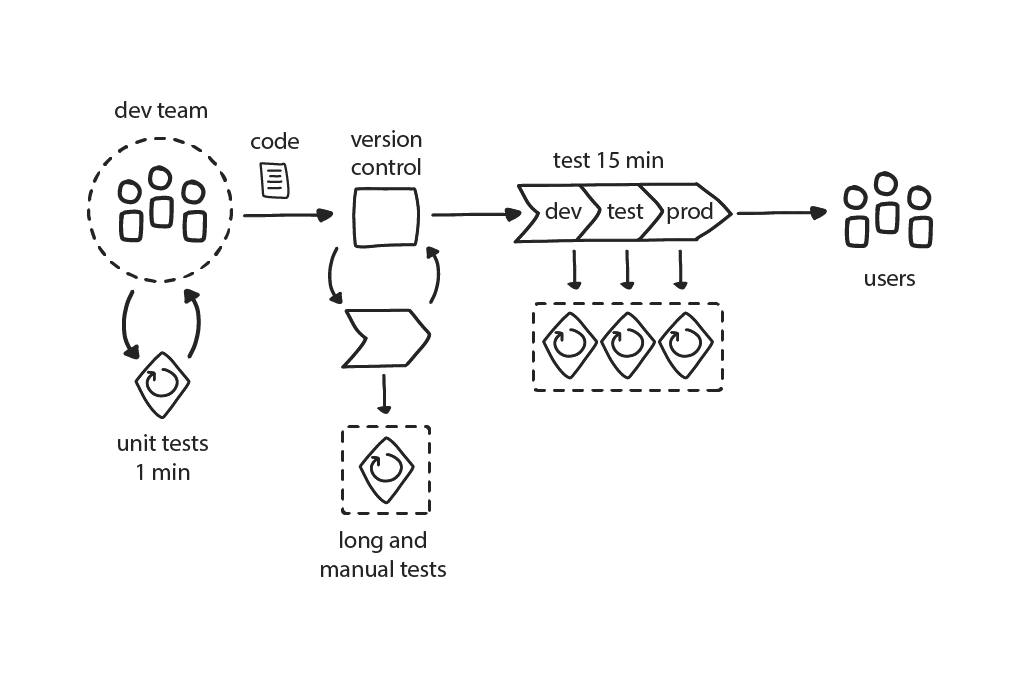 CI/CD is in place, and most tests are automated. Some are taking hours or even longer, and others require manual execution.

Delivering changes quickly is a major goal of the cloud native approach to delivering software.Long-running performance tests, reliability tests, and manual and other types of full-system tests can take too long and delay delivery for hours—rendering CI/CD less valuable. Instead of dozens or even hundreds of times a day, delivery frequency gets reduced to just a few times per day. Similarly, fixing a bug or problem goes from taking a few minutes to instead requiring several hours.

Run your fastest tests earliest in the process. Schedule all tests that are manual, or which take longer than a few minutes to run, outside of the normal delivery process.If you have a test that is critical for functionality, however, it should be run asa blocking test.Mitigating risk is an equally important cloud native goal, which is why automated testing is a core tenet of the architecture. These two things need not conflict. There are strategies that allow adequate testing while enabling teams to still release quickly and constantly. Short-running tests can be incorporated into the pre-deployment process, while long-running tests can be executed in the background without blocking delivery to production.

Testing does not delay or disturb delivery. Quality of the products is kept high by the right balance of ever-changing tests.