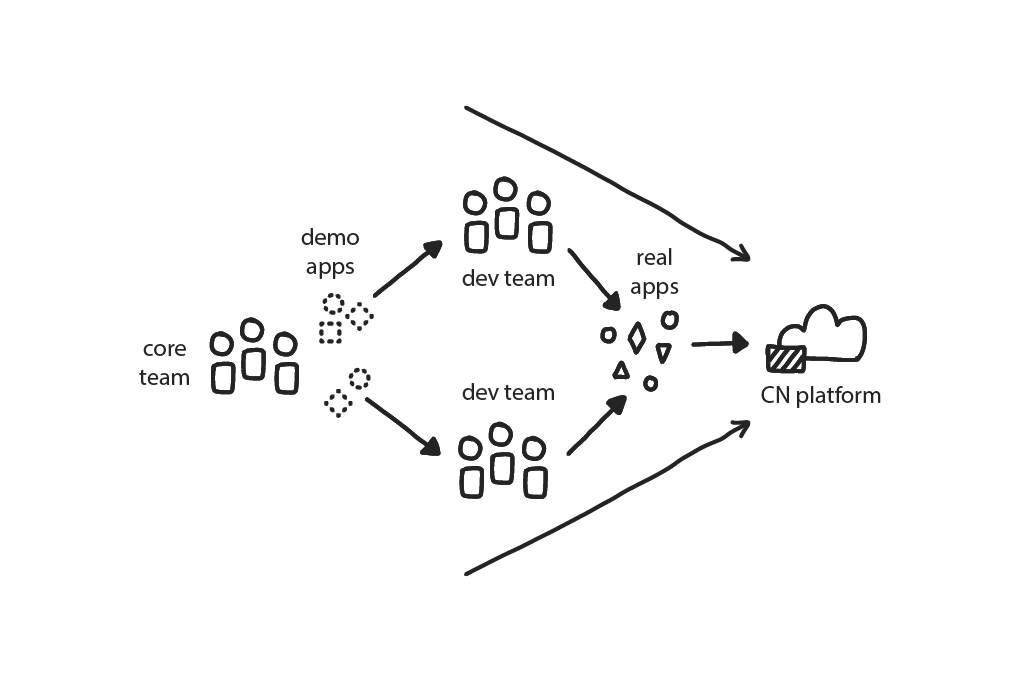 Teams newly onboarded to cloud native have limited knowledge and no experience creating cloud native applications. They will tend to apply established skills and approaches carried over from previous experience in non-cloud native systems.This will lead to re-creating tightly coupled, interdependent applications—suboptimal architecture that conflicts with cloud native. This reduces overall quality for the apps they deliver and fails to capture cloud native’s development velocity benefits. Re-architecting apps later is much harder than building them the right way in the first place.

Build a number of simple, functional apps that fully fit cloud native practices.Make those apps known and available to new teams as they join the cloud native setup. Keep the demo apps up to date and adjust them to the latest best practices developed by the Core Team.

Teams moving to the new system have a way to practice their new skills and prepare to deliver a full enterprise application.